What Is A System Administrator (SysAdmin)?

In the IT industry, there are a lot of terms that aren't well defined. This includes technicians who may be called an Engineer, Field Engineer, Technician, or a System Administrator (SysAdmin.) Out of all them, a SysAdmin is generally considered to be the top of the food chain!

What Is A SysAdmin?

A system administrator is responsible for the upkeep, configuration, and reliable operation of an organization's IT infrastructure.

Think of it this way.

You might be one of the best cooks in the world, wowing diners with your amazing dishes, but you're not a chef.

A chef manages the kitchen, budget, orders, plans the menu, manages the maintenance of the kitchen equipment, and sometimes, when all of that is done, they cook.

Using our example above, a SysAdmin would be considered the same as a chef.

They typically are not brought in to fix tactical issues, instead being utilized to help with strategic IT challenges on an on-going basis.

What Does A SysAdmin Do?

Why Do You Need A SysAdmin?

Many companies may think, "We've been working this way for years, and it's fine the way it is."

Here's an example. You may have systems in place that have never been fully tested, such as your data backup.

If you're running basic single tier data backup, meaning just backing up your data to one location and never testing it, you may be in for a surprise the first time you suffer a major system failure.

Many organizations are still using backup tapes or are still backing up to hard drives and manually taking them off site.

Many times we've attempted to restore from an external disk only to find that either the disk hasn't been rotated recently, or it was taken home and stored in someone's car, in 90 degree Washington DC heat, which basically destroys the disk.

Trust me, you don't want to find out your data backups aren't working after you need them!

What Type of Businesses Hire A System Admin?

All types and sizes of businesses have chosen to invest in SysAdmin services.

A SysAdmin looks at the big picture to ensure that your business is running in the most efficient and secure way possible.

This means capable of not only surviving a major failure, but also protected against minor problems, such as security breaches, system failures, and large capital expenses.

How many computers does your organization have, and how often are you replacing them? Are you waiting until they are completely obsolete or outright fail before you replace them?

A large part of SysAdmin work is planning for and maintaining a up to date system. That means installing a regular rotation of hardware based on an approved schedule.

Generally companies should replace their computers between 36 and 60 months. Most fall in around the 48 month time frame.

What this does is ensure that you are slowly replacing aging hardware, instead of suddenly having to purchase 25 new computers all at once.

That kind of massive replacement is not only very expensive, but very disruptive to your business and time consuming.

The Benefits of Hiring a SysAdmin

If you're not employing a SysAdmin, even on a part time basis, you might want to consider it.

You'd be surprised at how spending a little money having an expert plan for you will save you a lot of money later.

Even having a meeting with a SysAdmin a few times a year to audit and plan for your systems health and upgrades can save you huge budget expenditures later.

At Ntiva, we pride ourselves on offering top notch SysAdmins who are available at all times to help our clients make the right choices for their business.

Be sure to contact us if you want to learn more about how we can help your business perform at top-notch! 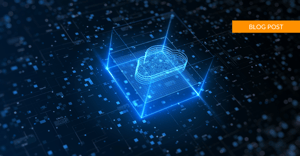 Cyber Insurance in 2022: Does Your Business Need It? 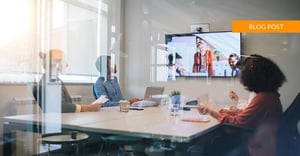